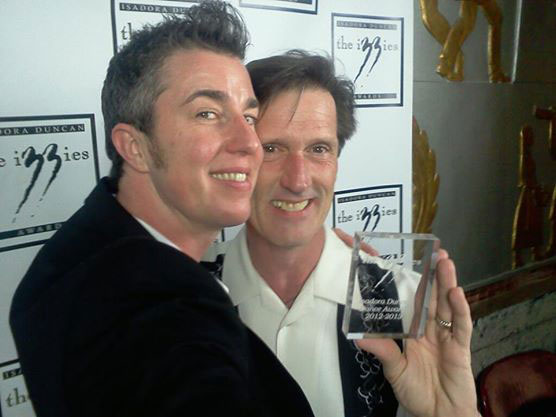 Dorsey created the show during an intense 2-year creation process in communities across the US, where he recorded oral history interviews with LGBTQ elders. Dorsey then spent over 100 hours in the sound studio working with his team of composers and Sound Engineer Laura Dean to create the show’s richly layered soundscore: the elders’ voices and remarkable life stories are heard and seen in the show. Sean Dorsey, Juan De La Rosa, Brian Fisher, Nol Simonse and special musical guest Shawna Virago then spent a year creating the work in the studio before its premiere and ongoing tour.