Welcome to the Dictionary Of Joy & Pleasure – a compendium of possibilities for YOU to experience joy, pleasure and other awesome feelings. A future with joy and pleasure awaits you!

How does the Dictionary work? Click on any letter below to be TRANSPORTED to a list of things that begin with THAT letter of the alphabet that can give you joy and pleasure! It’s time and space travel at its very best!

How did we compile this glorious resource? We awarded commissions to 10 brilliant artist-activists to create their own lists from A-Z of things that give them JOY and PLEASURE … then we sprinkled in a dose of contributions by folks in the Sean Dorsey Dance and Fresh Meat Productions family. Read on below to learn more about our Commissioned Contributors! 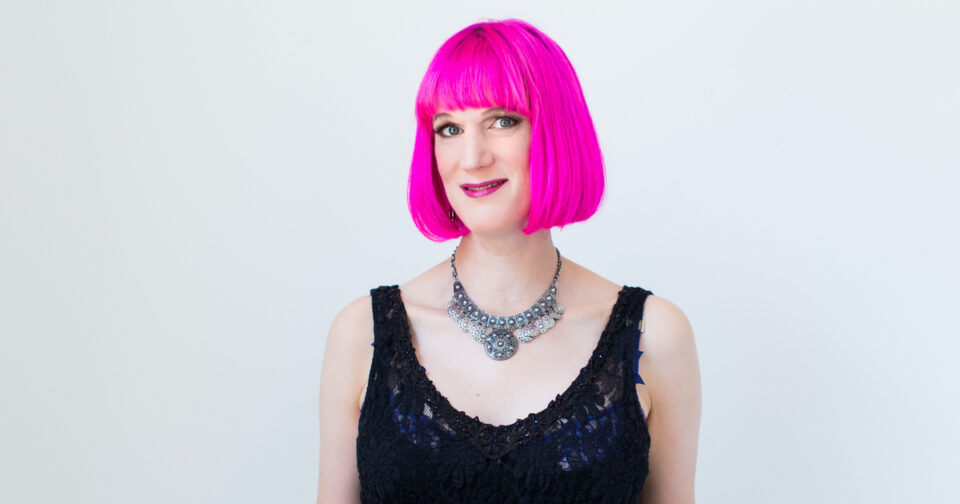 Charlie Jane Anders is the author of Victories Greater Than Death, the first book in a new young-adult trilogy, which came out in April 2021. Up next: Never Say You Can’t Survive, a book about how to use creative writing to get through hard times; and a short story collection called Even Greater Mistakes. Her other books include The City in the Middle of the Night and All the Birds in the Sky. Her fiction and journalism have appeared in the New York Times, the Washington Post, Slate, McSweeney’s, Mother Jones, the Boston Review, Tor.com, Tin House, Teen Vogue, Conjunctions, Wired Magazine, and other places. Her TED Talk, “Go Ahead, Dream About the Future” got 700,000 views in its first week. With Annalee Newitz, she co-hosts the podcast Our Opinions Are Correct. https://www.charliejaneanders.com/ 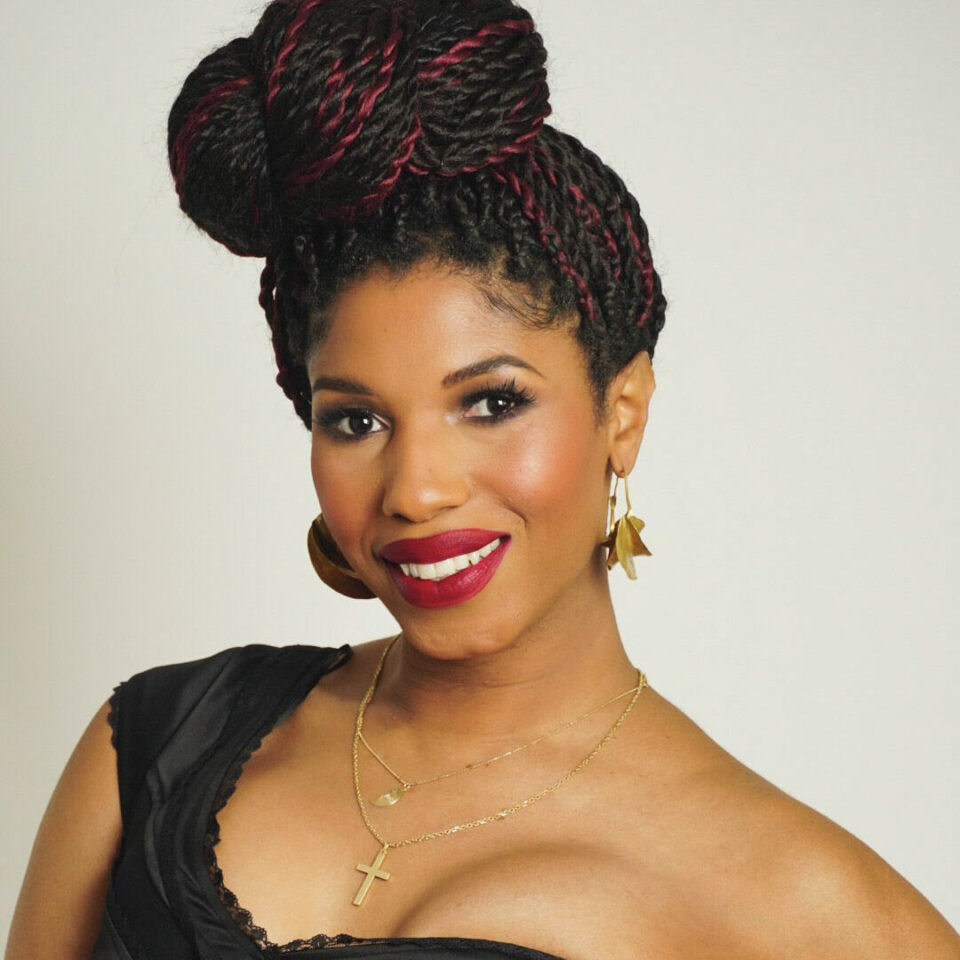 Deja Smith is an Emmy Award nominated makeup artist from Long Island, NY. She began her professional life with career in dance performance. Deja started training at Venettes Cultural Workshop and Long Island High School for the Arts. While in high school, she was a regional NAACP ACT-SO award recipient. She continued her studies at the famed Alvin Ailey School, Joffrey Ballet School and Dance Theater of Harlem as a scholarship recipient. She later attended Southern Methodist University where she obtained a BFA in dance performance. At SMU, she performed many choreographic works including those of Jose Limon, Larry White, August Bournonville and Sabrina Madison-Cannon. After a short performance career, Deja made a milestone decision to embark on the journey of gender Transition. One of the ramifications of which also led to a career change. Deja now works professionally as an A-list celebrity makeup artist. Her work can be seen in editorial publications, on red carpets, in film and on several television programs. Her client roster includes Laverne Cox, Kehinde Wiley, Jill Scott and most recently, the cast of POSE on the FX network. She is also the proud co-owner of the concierge hair and makeup team, DDPRO, which specializes in providing glam experiences for LGBTQ+ focused projects and community members. 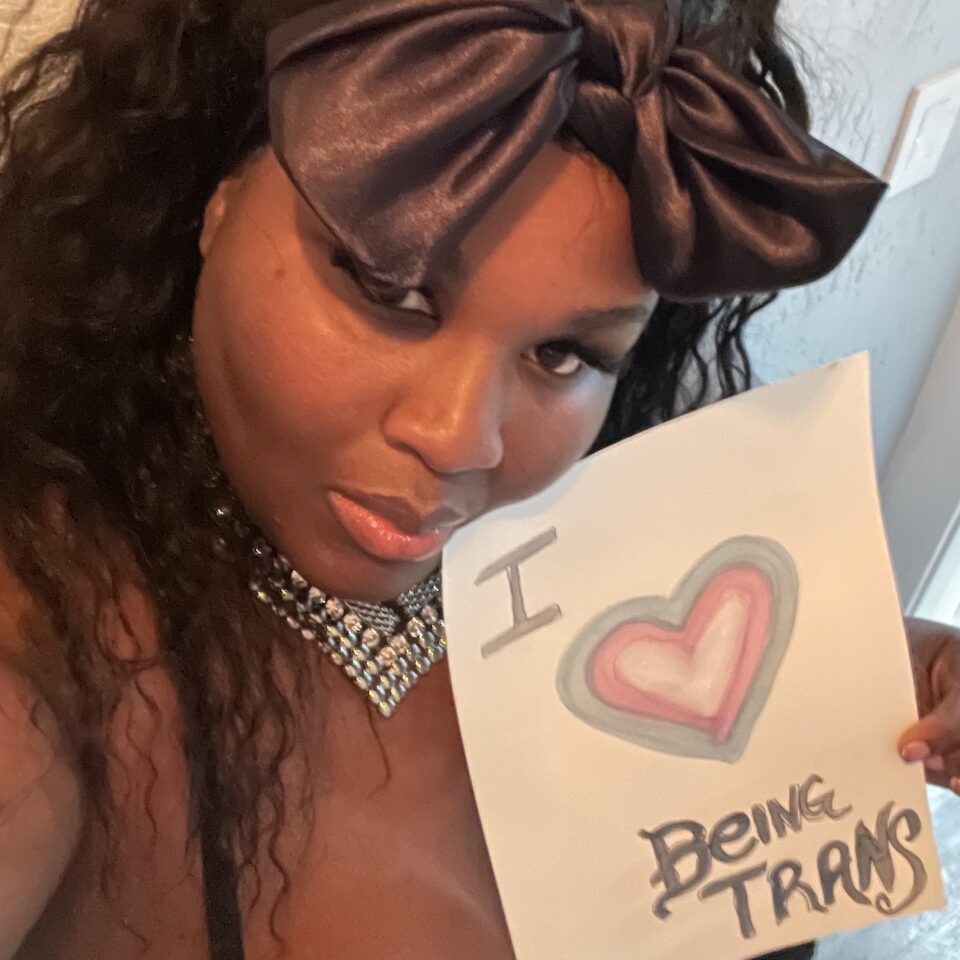 Dena Stanley is an outspoken advocate for the Trans community and people of color, and the owner of the Maddezsweetz. Frustrated with the lack of positive role models for people of color and injustice that were affecting trans folks, she founded TransYOUniting. As the founder of TransYOUniting, Dena aims to provide a safe haven and opportunities for those in need of supportive services. In 2020, Dena led more than 30 peaceful demonstrations for the rights of transgender & nonbinary people in the United States. Finally, Dena’s greatest joy is her leadership role in the Ballroom community. Dena serves on the steering committees of the International Women’s Day Strike Coalition, Proud Haven, Trans Pride Pittsburgh, and SWOP Pittsburgh. She is also a member of Pittsburgh DSA and Trans Educational Program (TEP), an ACLU affiliated program. She has built a great rapport as a liaison for the trans community as she works to ensure that everyone is treated with dignity & respect. Dena’s ongoing legacy as a leader in the ballroom community is one of her greatest joys. Finally, Dena is proud to announce that herself & her organization TransYouniting Pittsburgh will be a part of a large host of community based organizations making Pittsburgh Pride 2021 possible. 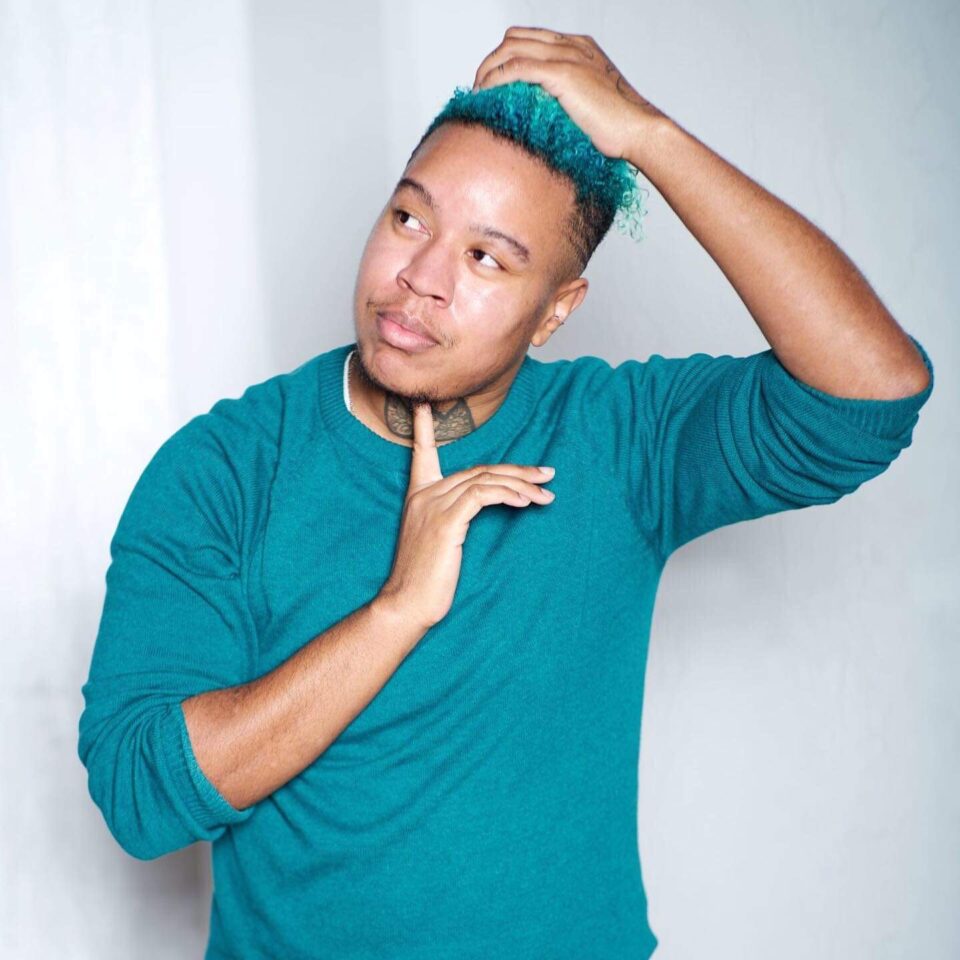 J Mase III is a Black/Trans/queer poet & educator based in Seattle by way of Philly. As an educator, Mase has worked with community members in the US, UK, and Canada on the needs of LGBTQIA+ folks and racial justice in spaces such as K-12 schools, universities, faith communities and restricted care facilities. He is founder of awQward, the first trans and queer people of color talent agency. J Mase is author of And Then I Got Fired: One Transqueer’s Reflections on Grief, Unemployment & Inappropriate Jokes About Death as well as White Folks Be Trippin’: An Ethnography Through Poetry & Prose. Currently, he is head writer for the theatrical production Black Bois and is co-editor of the Black Trans Prayer Book. Find him on Instagram (@jmaseiii) and www.jmaseiii.com! 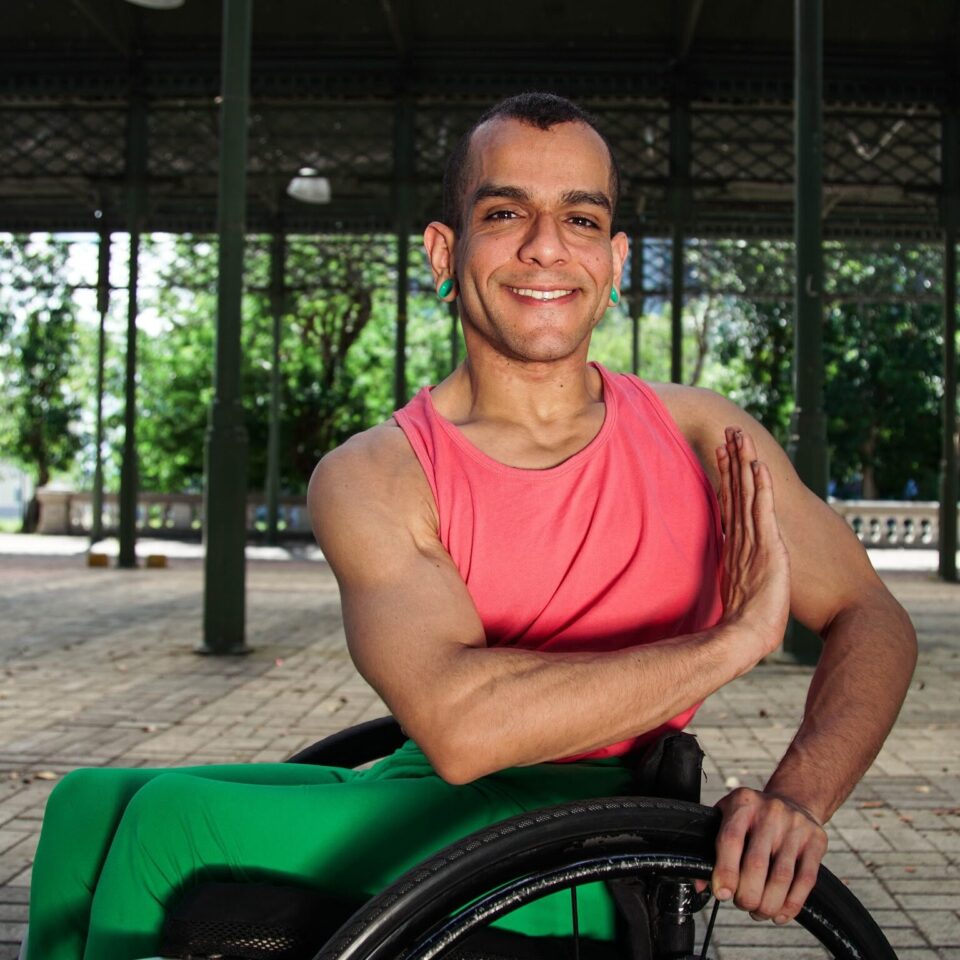 JanpiStar was born and raised in Puerto Rico. They worked with the theater group Jóvenes del 98 directed by Maritza Perez from 2016 -2018. JanpiStar has done works with choreographers like Petra Bravo with “instalaciones Coreograficas, la casitas de Santurce” in The fine arts center of Puerto Rico in 2016. JanpiStar moved to Oakland to join AXIS Dance Company, the nation’s most acclaimed ensemble of dancers with and without disabilities, in January 2018. While at AXIS, JanpiStar has worked with choreographers like Robert Dekkers, Arthur Pita and Jennifer Archibald. Their most recent solo work, Ameliorate, was commissioned for the inaugural Queering Dance Festival, “FROLIC” in 2019. 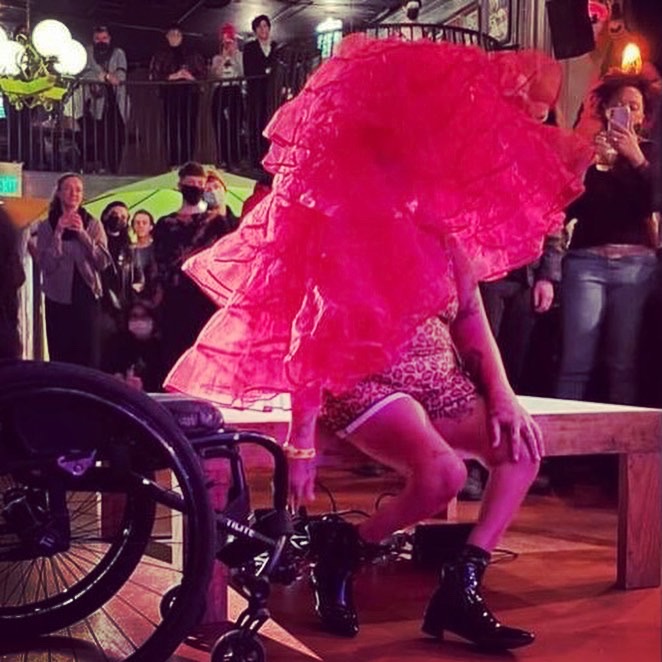 NEVE (they/he) — Born in 1989, NEVE grew up disabled, mixed-race, and queer on a river in the part of New Jersey where they drive trucks and horse-drawn wagons over the rolling green hills (Lenni Lenape). NEVE began dancing professionally in 1998 with the all-Black, Harlem, NY-based integrated dance company Def Dance Jam Workshop.

NEVE is a 2020 Pina Bausch Fellow! Their new choreographic work, “Flora hereafter: how flowers survive” premiered in AXIS Dance Company’s 2021 Home Season at Z Space in SF, and has toured to Frankfurt, Dubai, so far.

NEVE loves life, the delights and pains of embodiment and love, the sparkle-ache and promise of growth, the higher power inside all of us, the earth’s lullabies and war cries, drinking color, and kissing/thinking/dreaming/learning/winning with their local and international queer family (especially their cat child Caravaggio).

NEVE believes in God(exxes), Collective Access and Liberation, Transformative Justice, Land Back, Right of Return, Reparations, Anarchism (in relationships and governance), the Loch Ness Monster, the Multiverse, the concept that all living beings are people, and
You. They are currently a contributing writer for the South Seattle Emerald, and collaborate with their confidante in arms, fellow Seattle multidisciplinary artist Saira Barbaric as themselves, and as Mouthwater. 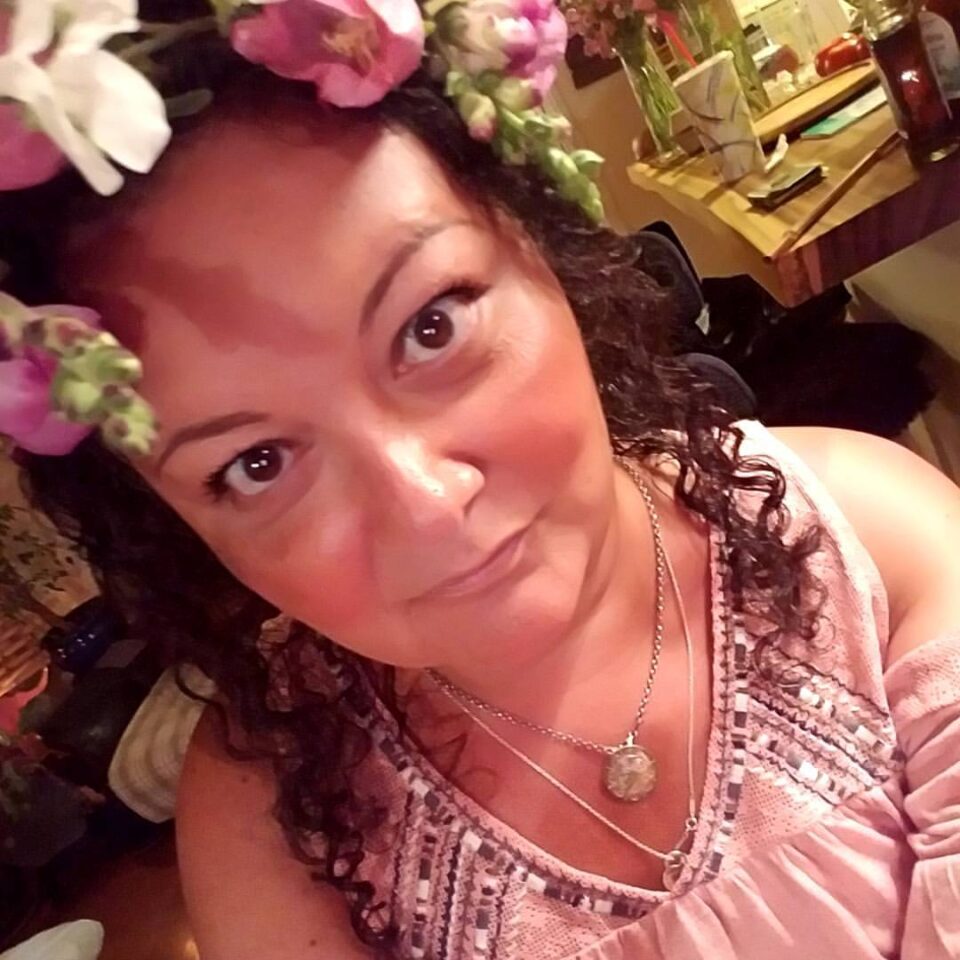 Patty Berne is the Co-Founder, Executive and Artistic Director of Sins Invalid. Berne’s training in clinical psychology focused on trauma and healing for survivors of interpersonal and state violence. Their professional background includes advocacy for immigrants who seek asylum due to war and torture; community organizing within the Haitian diaspora; international support work for the Guatemalan democratic movement; work with incarcerated youth toward alternatives to the criminal legal system; offering mental health support to survivors of violence; and advocating for LGBTQI and disability perspectives within the field of reproductive genetic technologies. Berne’s experiences as a Japanese-Haitian queer disabled woman provides grounding for her work creating “liberated zones” for marginalized voices. Berne was awarded the Disability Futures Fellowship in 2020 and they are widely recognized for their work to establish the framework and practice of disability justice. 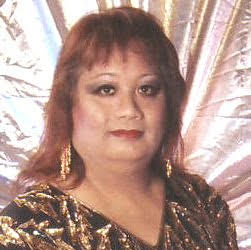 Tamara Ching’s self assessment in a few sentences: She saved lives on the front line of HIV/AID/STD prevention in the very early 90’s, focusing first within the Asian and Pacific Islander communities and then migrating over to the transgender communities. She volunteered on the local, state and then national levels, as well as meeting with international governments (such as South Vietnam and Japan). She also applied for and was approved to start up and administer a two-year program grant targeting 250 Southeast Asian transgender prostitutes in San Francisco from the C.D.C. She ended her endeavors in this field by being in the top 3% consultant base for the C.D.C. to review nationwide application grants (1999-2005).

Toby MacNutt is a queer, nonbinary trans, disabled choreographer, dancer, poet, and teacher. Their work often explores questions of embodiment and selfhood. Toby’s independent works include One, Two, an evening-length work on an integrated ensemble, 2014; Enter the Void, an immersive deep-space sci-fi dance and poetry installation, 2018; and the upcoming A Singular They, their first solo work. They have also danced with Murmurations Dance, Lida Winfield, Tiffany Rhynard, and Heidi Latsky’s GIMP, and participated in AXIS Dance’s Choreo-Labs, 2018 and ’19. Their written work includes their collection of short stories and poetry, “If Not Skin” from Aqueduct Press. 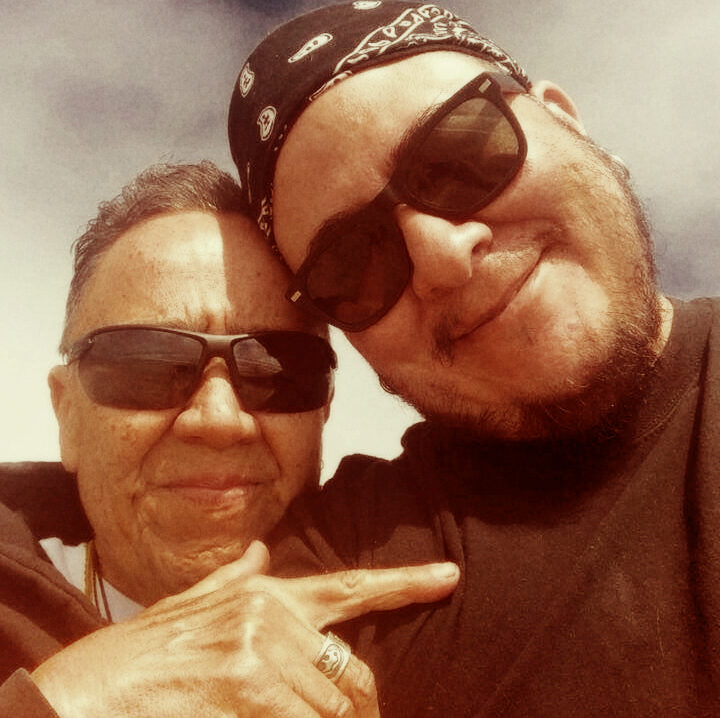 StormMiguel Florez is a trans, queer Xicane filmmaker and Sundance fellow whose work includes award-winning documentaries, The Whistle (Producer/Director) and MAJOR! (Editor/Co-Producer 2015). In addition to filmmaking, StormMiguel is an event and media producer, actor, and a life-long musician. StormMiguel was a San Francisco Pride virtual Community Grand Marshal in 2020 and has won grants for his filmmaking through NALAC (National Association of Latino Arts and Cultures), The San Francisco Arts Commission, and Horizons Foundation. He is originally from Albuquerque, New Mexico, which he very much considers to be his homeland, and he’s lived in the San Francisco Bay Area for the past 25 years. 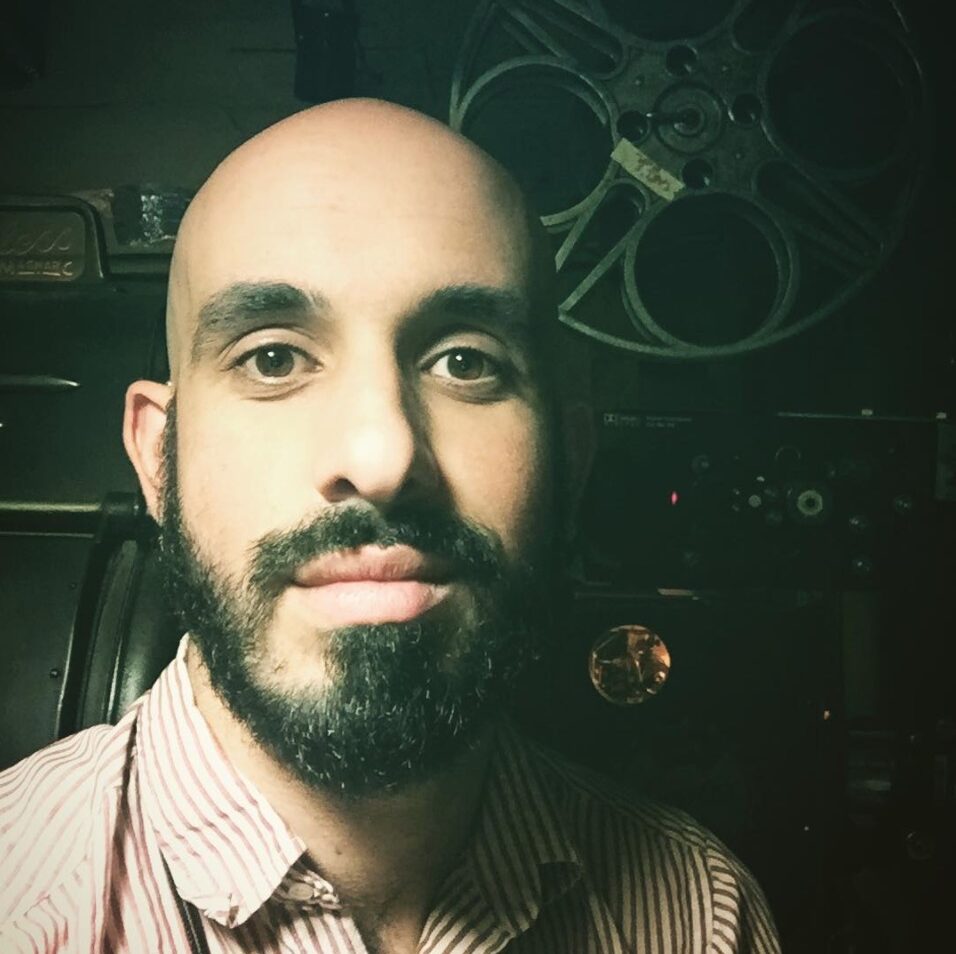 Eric Garcia (Production Coordinator with Fresh Meat Productions) is an arts administrator, choreographer, and performer whose feet are deeply rooted in the Bay Area. He is the Co-Artistic Director of Detour Dance, an ensemble that produces original devised theater works, hosts performance-based investigative workshops, and presents the annual Tiny Dance Film Festival. He is also the Festival Coordinator with the San Francisco Transgender Film Festival. Eric hosts and performs at drag cabarets and clubs all around the Bay Area as Churro Nomi. He was a 2016-17 Emerging Arts Professionals Fellow, was nominated for an 2016 Isadora Duncan Dance Award and was the recipient of the Margaret Jenkins Dance Company’s 2017 CHIME Award.  WWW.DETOURDANCE.COM 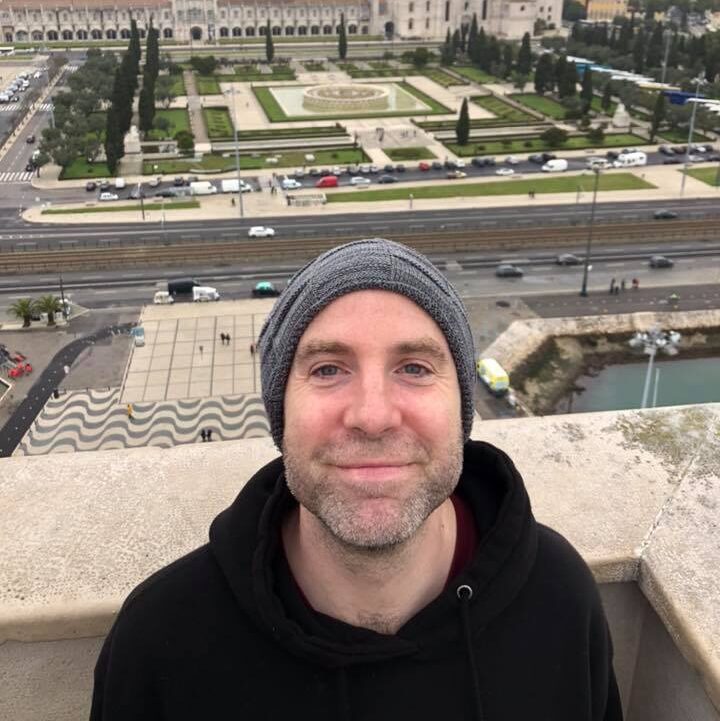 Nol Simonse grew up in Washington, D.C., and trained at the Boston Conservatory of Music. He moved to San Francisco in 1997, and is a founding member of Kunst-Stoff, Janice Garrett and Dancers, Garrett+Moulton Productions, and Sean Dorsey Dance. Nol has strong collaborative friendships with Sue Roginski, Eric Kupers, Stephen Pelton, Kara Davis, and Christy Funsch. Nol and Christy are co-directing a performance which will premiere at Dance Mission Theater in the fall of 2018. 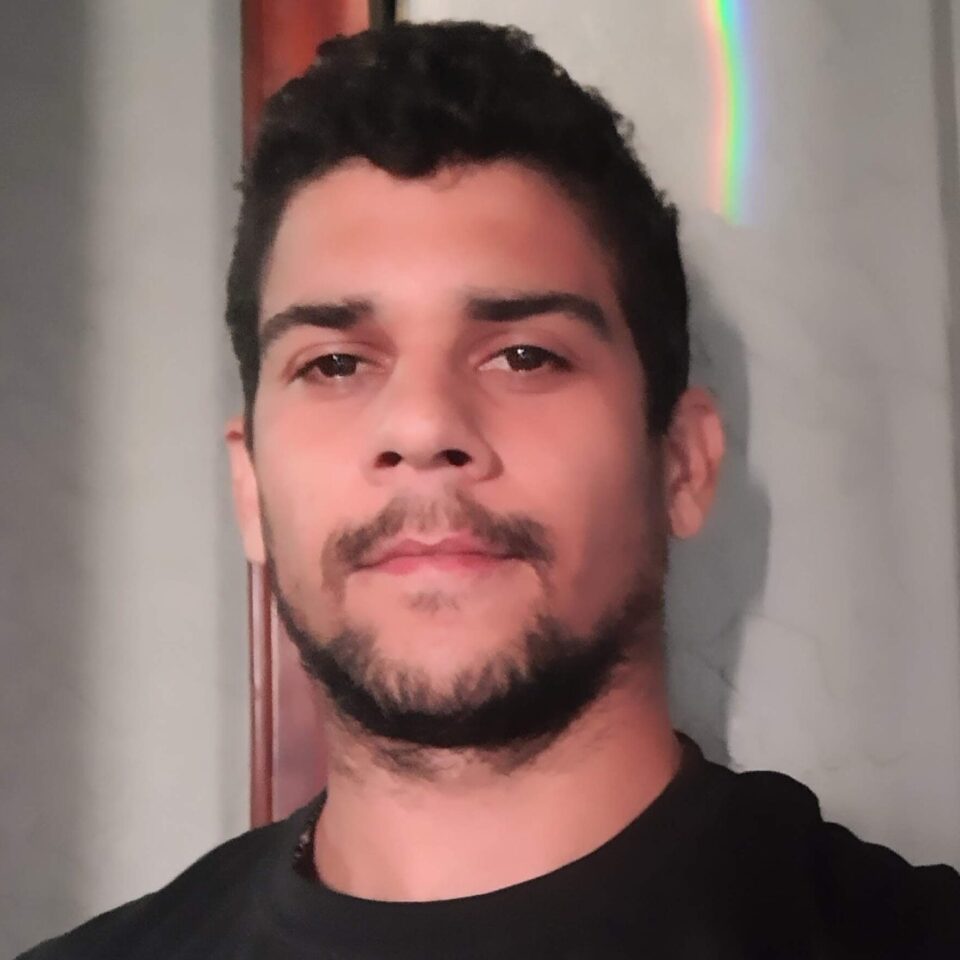 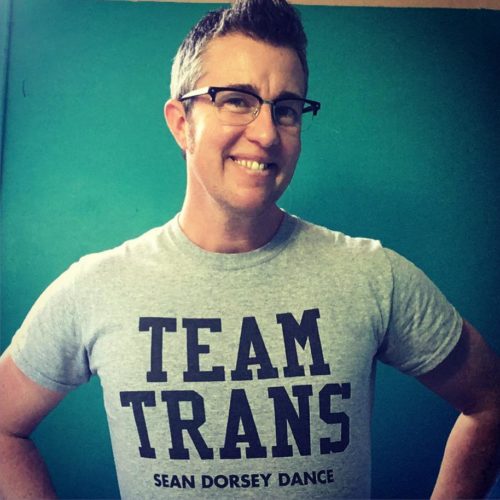 Sean Dorsey is a San Francisco-based choreographer and dancer. Celebrated as the nation’s first out transgender modern dance choreographer, Dorsey has won audiences from Los Angeles to New York with his powerful dances that provide a window into transgender and queer experience. Dorsey has been awarded five Isadora Duncan Dance Awards, the Goldie Award for Performance and was named “San Francisco’s Best Dance/Performance Company” by the SF Weekly. Dorsey has been named in Dance Magazine’s top “25 to Watch.”  Dorsey is also the founder and Artistic Director of Fresh Meat Productions, the nation’s first transgender arts nonprofit creating, presenting and touring year-round transgender arts programs.   Read more… 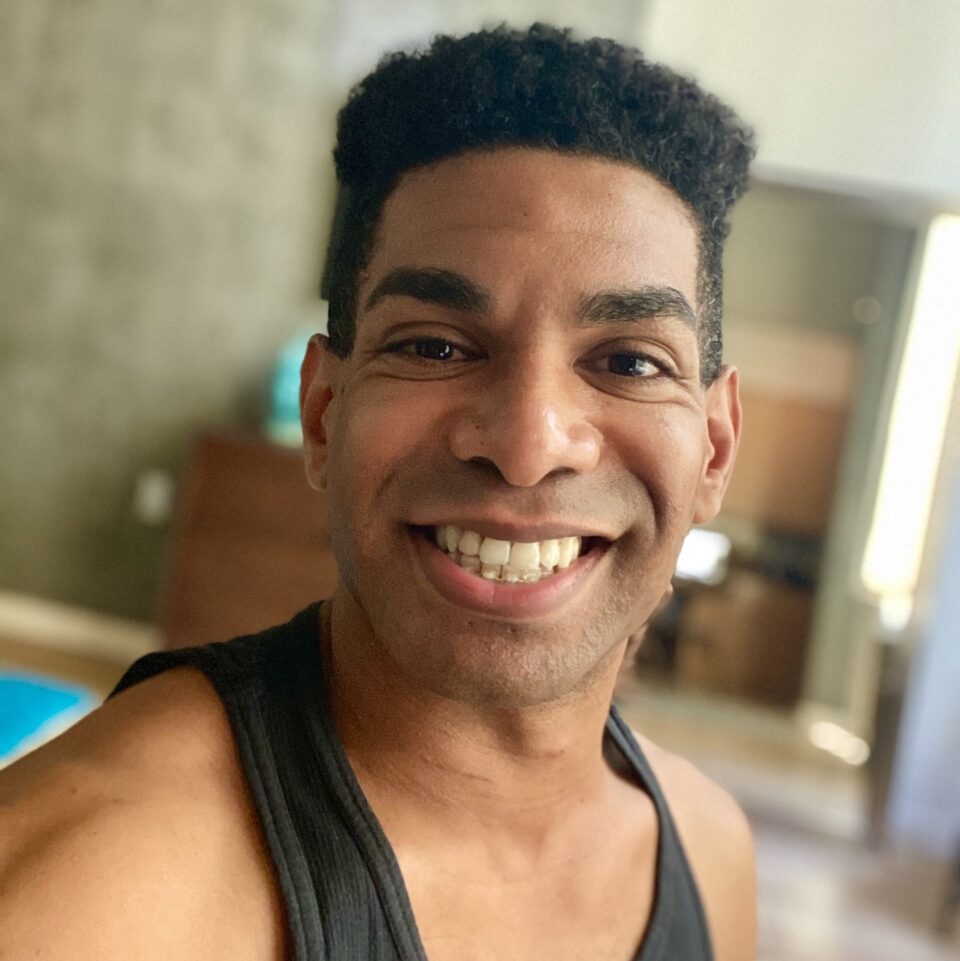